Why do dogs howl to high pitched sounds

The sounds of a dog howling represent a form of a canine communication alert or notification. A dog howling may potentially be an attempt by the dog to assert dominance over territory or warn trespassers away. Essentially, a dog howls to make its presence known.

Did you know that the ancestral origin of a dog is a wolf, and both animals share very similar attributes? Everyone knows that wolves can howl; however, did you know that dogs can howl too? Both animals produce a long, drawn-out high pitched sound that can travel for several miles into the distance.

Dogs evolved from wolves approximately 15000 years ago. Studies claim that dogs evolved from two ancient populations of wild wolves into the domesticated animals that have grown to be known as man’s best friend. 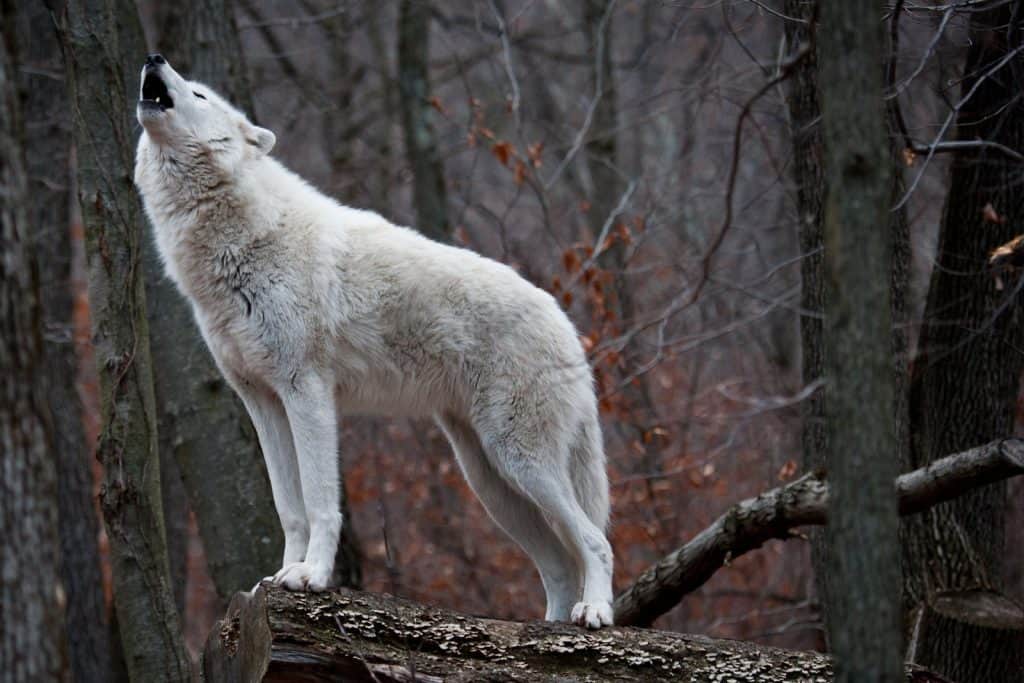 You’ve probably seen a movie scene where a wolf is howling. If not, then you could try and find a wolf-themed movie on Netflix or Amazon Prime if you’re now feeling in the movie-watching mood. Or, try a quick search on YouTube for a howling wolf video to satisfy your curiosity. You’ll be able to see the howling characteristic that dogs and wild wolves have in common. 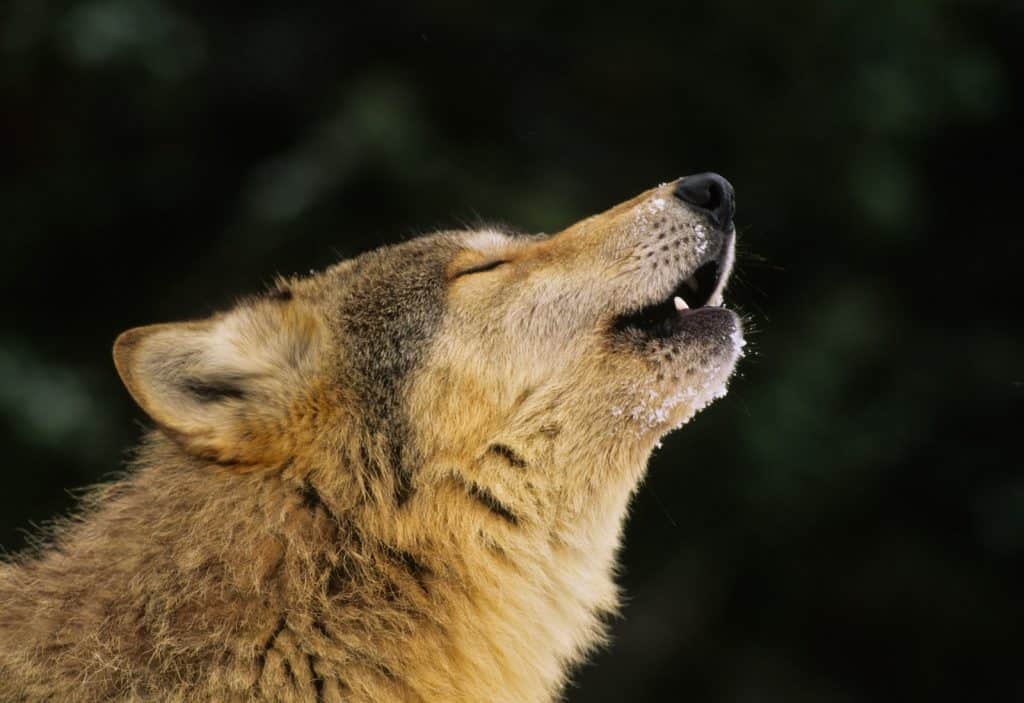 So, I’ve concluded that I want to get a dog. This is a commitment that I’m not taking lightly. I’d like to be well prepared and informed about what I’m committing to before I make that leap. In a previous post, I started considering what would happen if my dog started to cry. I ended up going into my own thoughts, having an internal dialogue with myself, and somehow managed to end up comparing human babies to dogs.

On reflection, writing the post “Do Dogs Cry With Tears” may have been a therapeutic experience because, strangely enough, I started remembering some of my early childhood encounters with dogs, some of which almost made me swell up with my own tears. Maybe my documenting of the process of getting a dog will be therapeutic for me. Maybe the process will unearth things long buried in my subconscious. Anyway, this is not a post about psychology, so enough. 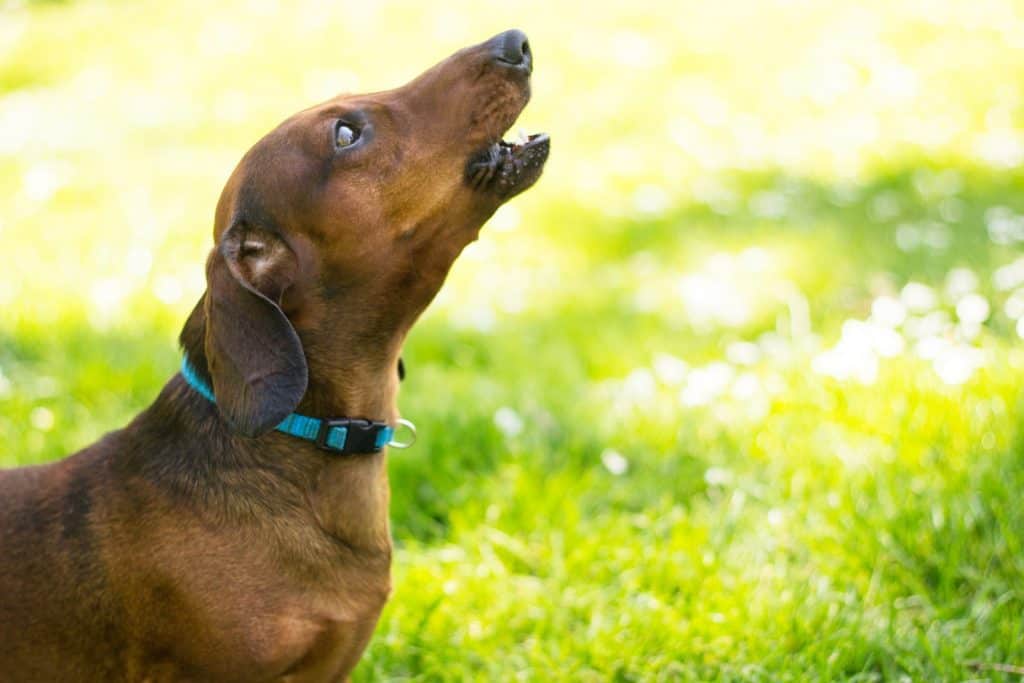 I have established that dogs don’t cry emotional tears as humans do, but dogs do have their own way of expressing emotions, which are sometimes done through vocalization, with howling being one of the methods of dog vocals.

Zac Gregory has an interesting take on dogs crying, dog howling, and dogs whimpering. Zac is a renowned dog trainer who accepts that dog vocalization can be deemed as crying. In this video, he goes into detail, presenting ideas about how I can respond to a crying dog. One thing I notice is Zac’s almost nonchalant acceptance of the fact that dogs cry, and his belief that they express their crying through vocalizing sounds in the same way that human babies do. My question is then, if howling is a dog’s way of expressing emotions, why do dogs howl to high pitched sounds like sirens?

What have I learned so far about why dogs howl?

First of all, dogs make vocal noises that can sometimes be an expression of some form of emotion they are trying to convey or some form of notification. This point is confirmed by Dogster.com. Dogs also howl to assert dominance over territory; the howling can be a warning to potential trespassers. 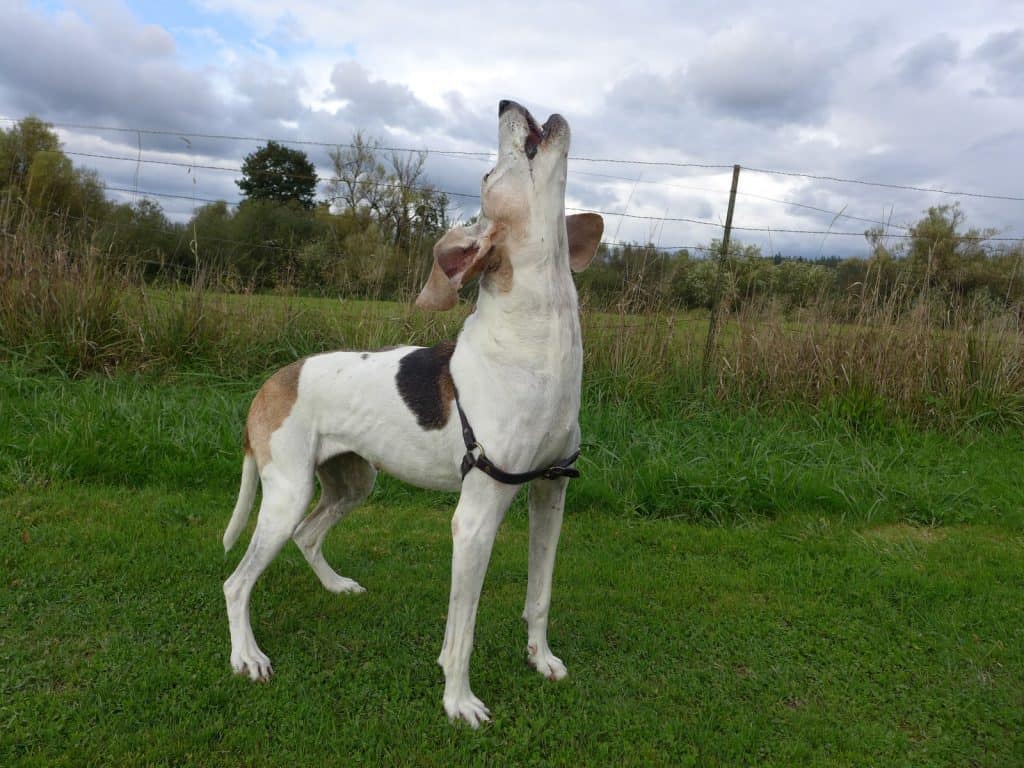 Ok, now that’s cleared up, what should I do when my dogs start howling? How do I even get my dog to stop howling if the howling is continuous or becomes a problem? Here I go again, forming questions that potentially have plenty of possible answers and reasons behind the answers.

Learning about how to care for a dog can become overwhelming. For this reason alone, I officially commend all those people who care for a dog right now. As I begin to come to terms with the decision I’ve made to get a dog, I’ve noticed that the further along I go down the path of prep research,  I seem to gain a greater sense of appreciation of those that uphold the responsibility that comes with having a well-cared for dog.

Get to know the meaning of your dog’s howl

A dog howling is comparable to how humans are able to infer the meaning of words and phrases through the intonation of words and sounds. This means that the howling or whimpering of a dog can be associated with different meanings. So, this fact is important because it implies that I will need to build an intimate bond with my dog, to the extent that I am able to know how to determine the connotation behind his howl. OK. Got it! 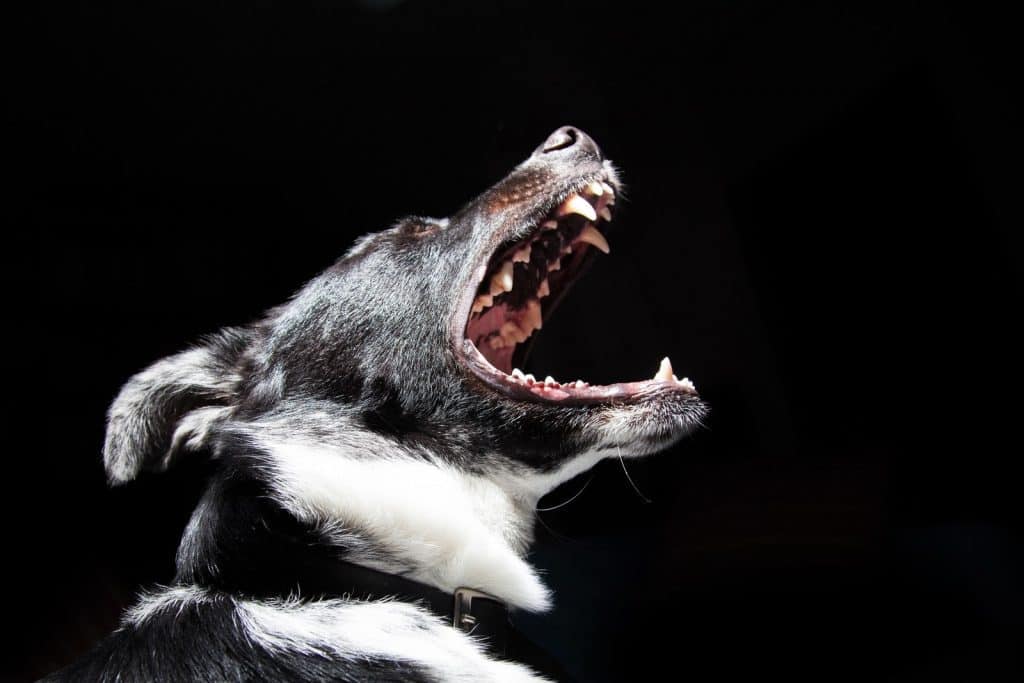 When a dog’s howling becomes a problem

Separation anxiety is a broad subject matter and is a condition that describes a dog that struggles to cope when its human is not around. It is essentially the behavior your dog will exhibit when he thinks he is going to be separated from you.

Separation anxiety is also defined as how your dog behaves when he is separated from you for any length of time. Along with howling and vocalization sounds, a dog can become stressed, chew and destroy things, and, in some cases, defecate, all because of separation anxiety. 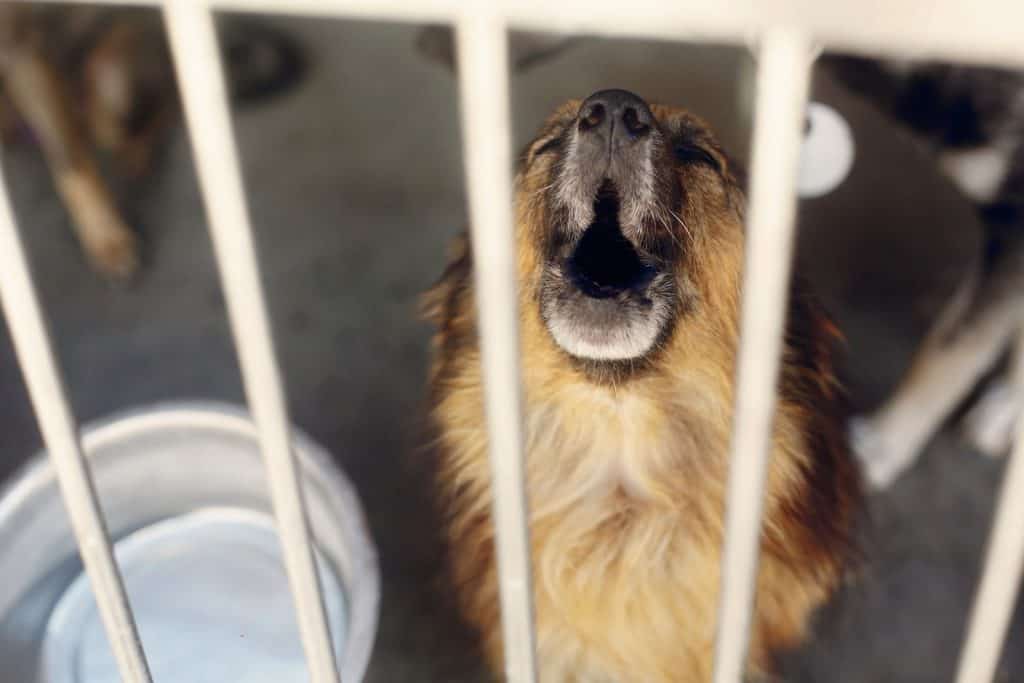 Something to consider for a soon-to-be dog owner like myself. Take note that owning a dog requires me to understand that my dogs howling may be in direct response to the bond he has with me, and, if that bond is temporarily broken, or if my dog senses that he’s going to be separated from our bond, then he may howl and whimper. Got it!

Why do dogs howl at high pitched noises?

When trying to understand the reason why dogs howl, it is important to know that a howling dog does not necessarily have to have associations with negativity. The fact that dogs can vocalize is a characteristic that I can potentially use to bond with my dog, a good idea is trying to get him to howl on command.

Some dogs can howl when they hear certain noises, or howl as a reaction to specific triggers. Well, why not find out what my dog’s triggers are, use this trigger to get him to howl, then give him a treat every time he howls whenever the howling starts after the trigger. 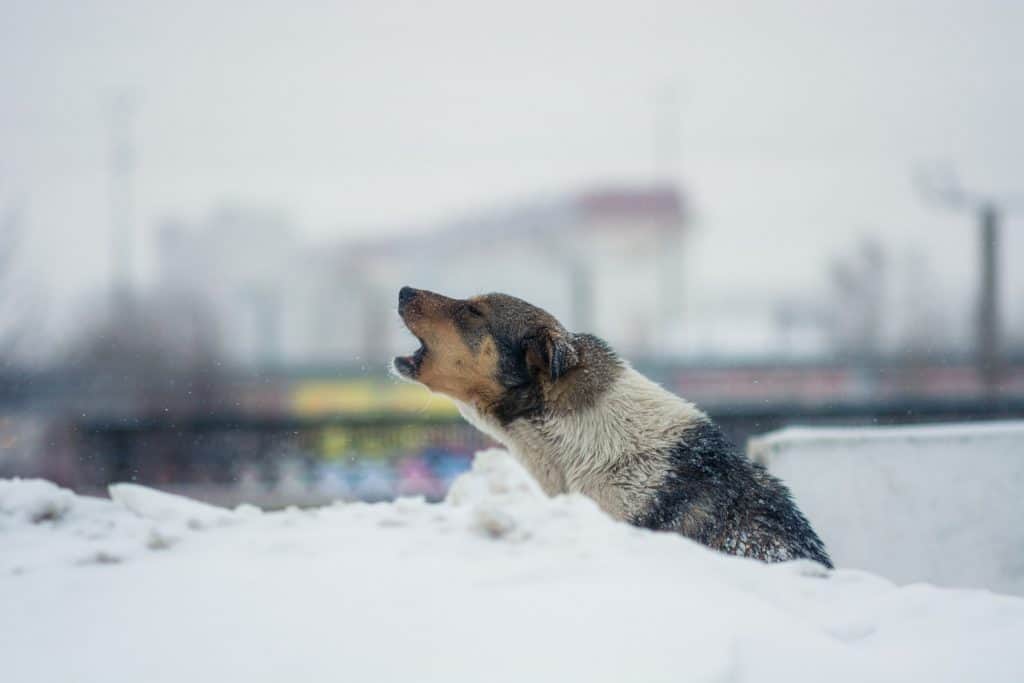 Some of the triggers that can make a dog howl are the sounds of other dogs howling over the radio or television. Or dogs howling in close when around other dogs. Dogs are also known to howl to sirens, human whistling, and or human howling. Note to self. Teach my dog a trick, get him to howl with a trigger, and reinforce this with a treat.

Dogs howl at high pitched sounds and sirens in the Video below.

Other Reasons For why dogs howl

According to pets.webmd.com if a dog howls in your presence then it is usually because the dog wants or is trying to get your attention. Dogs are intelligent creatures and have the capacity to develop adaptive behavioral patterns. 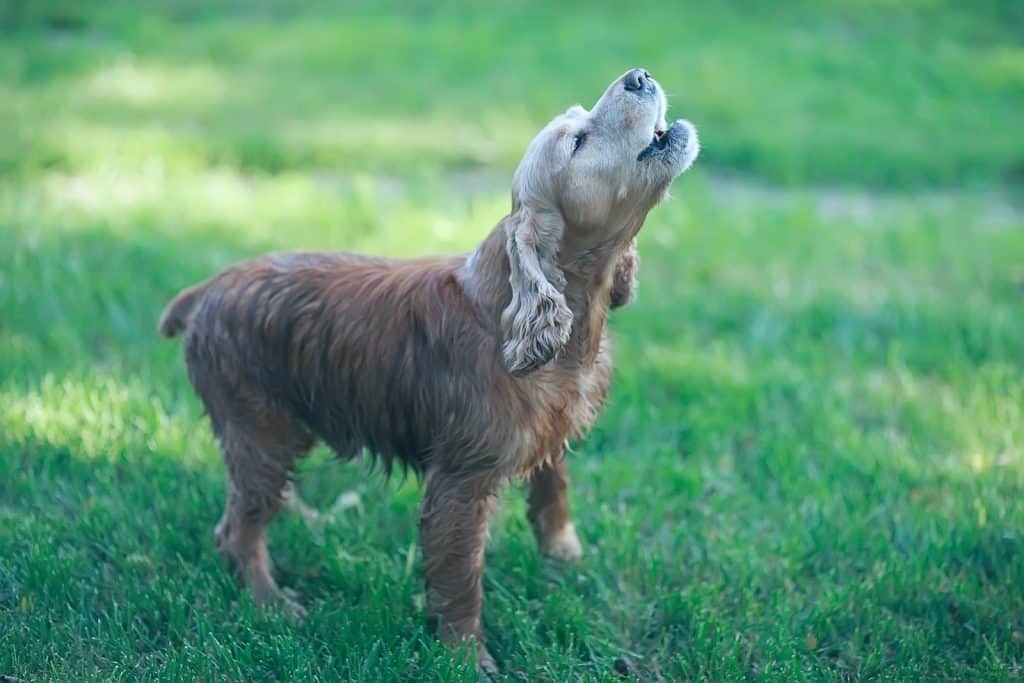 If a dog knows that its human responds to or is triggered by a dog behavior that may cause its human to act a particular way, then you can bet that that sly dog would use the tools and skills it has developed to get its human to respond to him. In some cases, howling can be just one of those tools.

Wait, wait. Go back a step. So does this mean that my dog has the ability to manipulate me? I already have to watch out for this behavior in humans; now I have to be alert for manipulation in dogs too? Great!

In cases like this, experts say that it is best not to reward your dog for manipulative behavior. So, in the case of howling, although dogs can use this vocal to gain attention, it is recommended to totally ignore your dog when he starts to howl. A good way to combat unwanted howling or howling that causes a disturbance is to introduce silent reward training. In short, don’t give an inch, Zilch, nada, and if necessary, just turn your back, fold your arms and look away if you can’t resist the temptation of responding to those puppy dog eyes. This is similar to the way you respond to kids who display attention-seeking behavior. Trust me; I’m a parent. 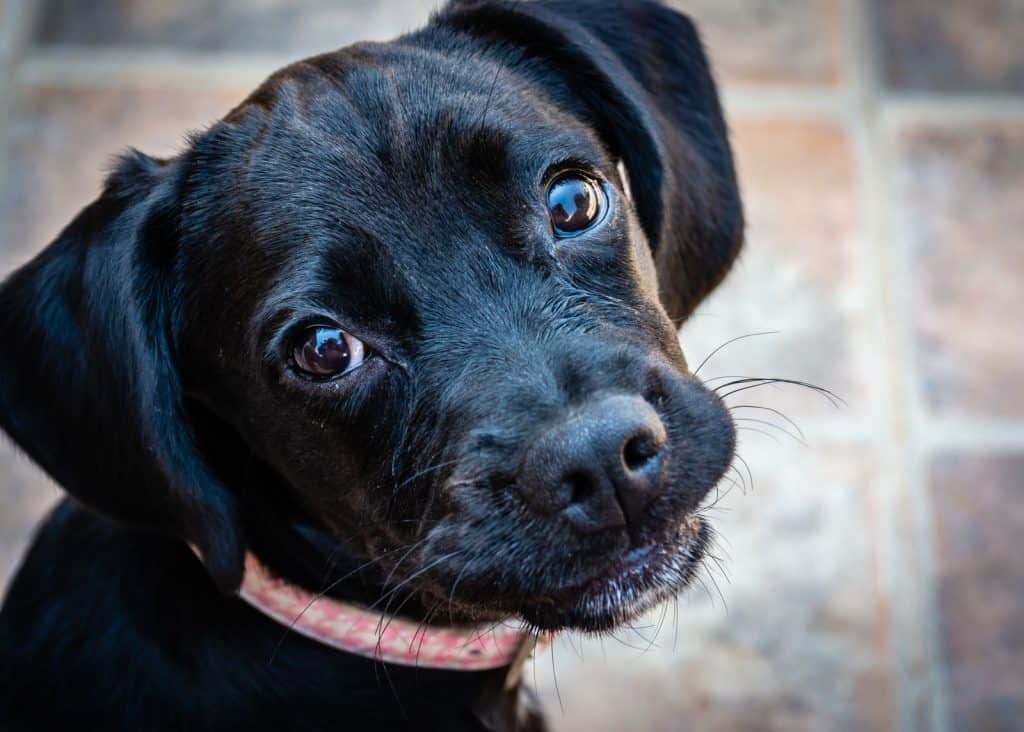 A potential solution to problematic howling is to reinforce quietness in your dog by rewarding silence. In short, if he can be quiet for five to ten seconds, then give him a treat. This way, the need to be silent is reinforced, your dog gets attention, and you get peace. Everyone is happy.

I’ve been able to understand some of the reasons for dogs howling. The one important fact that I can take away from all of this is the point that dogs howling is a dog communication. It’s the task of the dog parent to then interpret the message that their dog is trying to convey in their howl. Being able to understand the setting and the external factors surrounding it will allow the dog parent to interpret what the howl means, and hopefully lead to the ability of the doggy parent to provide an appropriate response. Just try not to fall victim to doggy manipulation, because some of them can be really sly