Why are dog so Loyaly to humans

Ask any dog lover or dog parent one distinctive thing about dogs, and you will probably hear a sentence that talks about a dog’s loyalty. Go a step further and ask any average human to mention something they know to be unique about dogs, or something that they’ve heard people say about dogs. 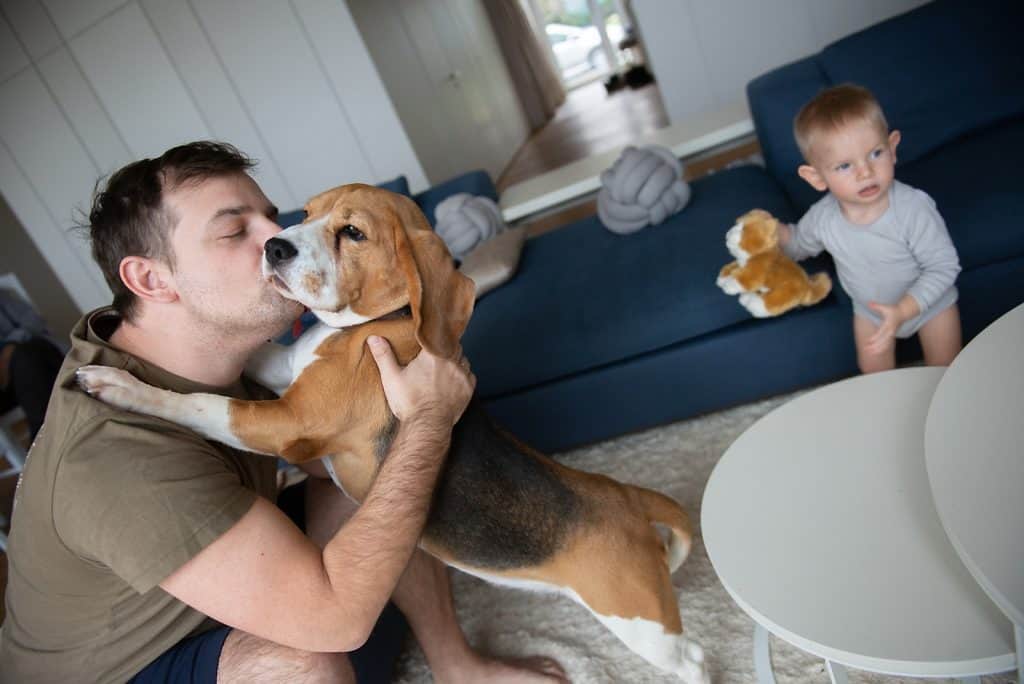 My guess is that a response will include something in regards to how loyal dogs are. Or you will get some form of cliched response with inference to dog loyalty. I’d agree with this, especially because I’ve seen the companionship that dogs have provided to people I know.

As a soon-to-be dog owner, I am looking forward to being smothered with this loyalty; however, it’d be good to understand the origins of dog loyalty towards humans.

Dogs were once wild animals, and are descendants of the wolf, so the question about loyalty goes along the lines of, where, when, and how did canine loyalty toward humans originate, and how has it evolved into what we know it today? One thing we know for certain is that a dog’s loyalty is so pronounced to the extent that dogs are labeled man’s best friend.

What is the definition of loyalty?

It’s easy to write multiple lines of a prologue about dog to human loyalty; however, in this case, the first thing I would propose is to gain a clear understanding of how loyalty is defined and recognized by reputable sources. Wikipedia’s definition of loyalty is presented in the quotes below.

Loyalty, in general use, is a devotion and faithfulness to a nation, cause, philosophy, country, group, or person.[1] Philosophers disagree on what can be an object of loyalty, as some argue that loyalty is strictly interpersonal and only another human being can be the object of loyalty. The definition of loyalty in law and political science is the fidelity of an individual to a nation, either one’s nation of birth, or one’s declared a home nation by oath (naturalization).

Vocabulary.com chimes in to simplify the definition of loyalty into a succinct one-liner that includes a dog in an attempt to try and explain what it means to be loyal

Someone who is loyal is reliable and always true, like your trusty dog.

In two of the above references cited above, dogs are used to illustrate the true meaning of loyalty. That’s interesting, yet amusing. Are human beings falling short of being loyal to one another? Is this why the sources use animals as a way to illustrate the true meaning of loyalty? Humm. Or are humans the ones who need the training when it comes to loyalty? 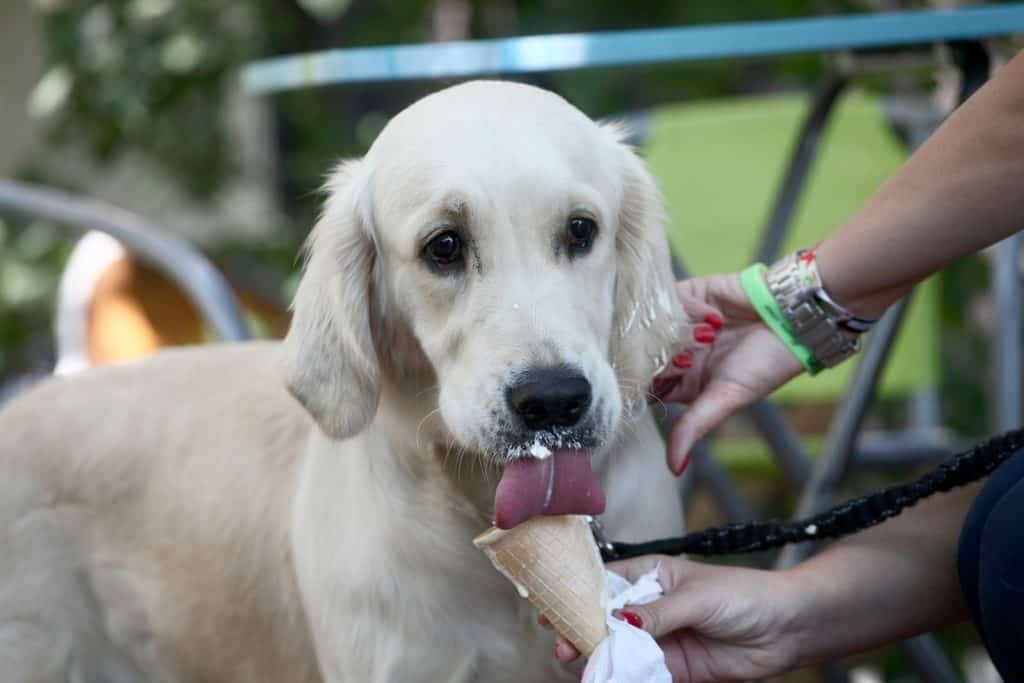 Apologies for my digression. Back to dogs and loyalty. What is the definition of a loyal dog? Is loyalty tangible? Is it once-loyal, always loyal, or can the tables turn, and a dog can then stop or refuse to show loyalty toward its human? What about cases where dogs turn on their humans, which can sometimes be fatal? What happened or caused that to happen? Finally, how can you get your dog to be loyal? Is loyalty an intrinsic trait of dogs, or do humans have to earn it?

These are the things I will try to briefly explore over the next few paragraphs, with the aim of uncovering some truths and lessons that can help existing or soon to be dog owners form a strong, loyal bond with their beloved canine.

Are dogs loyal to humans because they are fed, watered, rested?

Ok, let’s look at it from a human’s point of view. If you were given the opportunity to be given free food,  free entertainment, and a roof over your head where you didn’t have to pay rent, would you not be loyal or affectionate to the person who is doing all these things for you? Especially if this is all you’ve ever known for the entirety of your life?

Now, the example may be slightly exaggerated, but what I’m trying to get at is, that if you had all your essential needs for life met, you would probably be appreciative and show gratitude and affection to the person who is facilitating the meeting of your needs.

My personal opinion about the reasons for dog loyalty goes back to the fact that most of a dog’s needs are being met by its human, and a dog develops a sense of loyalty to a family or human that provides for its needs. I also believe that dogs acknowledge humans as superior to them, and therefore adapt to life under their masters’ terms and conditions.

Furthermore, dogs are extremely sensitive creatures, and it’s my opinion that dogs are able to sense the love, care, and affection that is being provided for them. Finally, as a pack animal, dogs have a sense of duty to protect the pack, and this duty is exhibited in dogs that display protective traits. 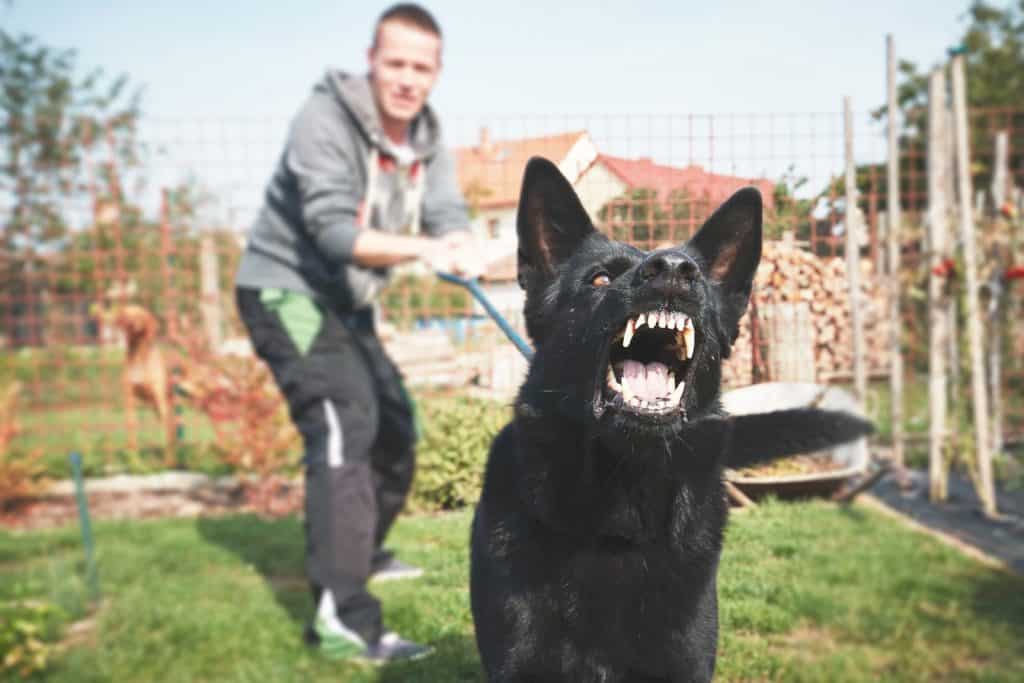 There is a gene that dogs possess that makes them sociable and loyal towards humans. Professor Bridgett vonHoldt, an evolutionary biologist from Princeton University, and her colleague, Monique Udell, conducted extensive research that included taking DNA samples from a range of dogs and wolves. They were able to discover and isolate four mutations that seemed to influence social behavior in those dogs. 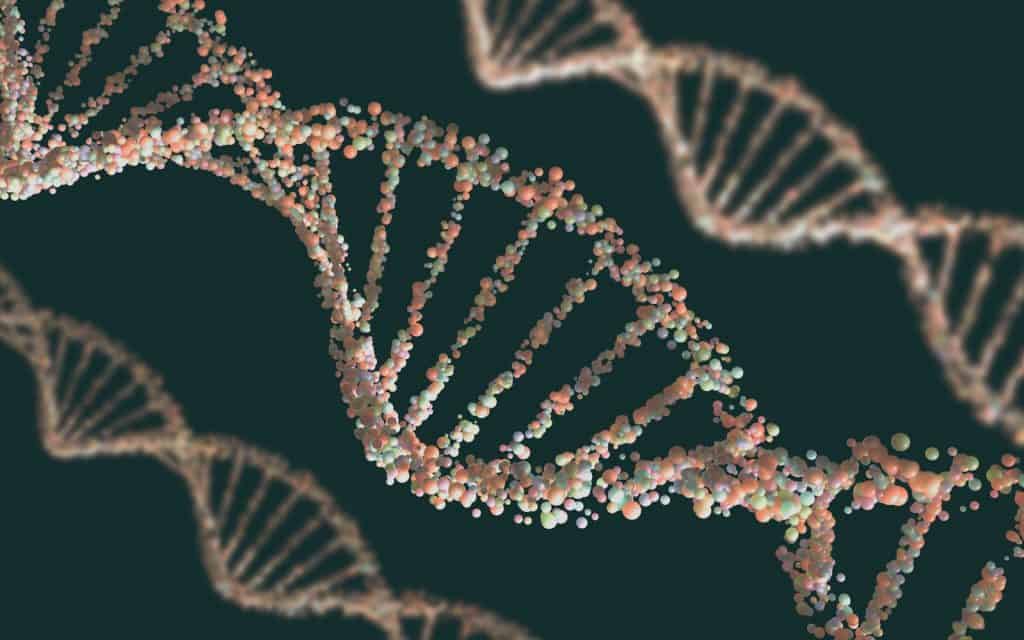 According to Professor Bridgett vonHoldt’s research, documented on  princetoninfo.com, particular attention was given to mutations called WBSCR17. This gene is also present in humans’ however, in humans, a condition known as Williams-Beuren Syndrome develops when one from a pair of these chromosomes is deleted. Humans with Williams-Beuren Syndrome sometimes display some traits that present themselves in the form of stunted social development or overly friendly gestures.

Professor VonHoldt presented findings to show that the mutation of this gene is almost absent in coyotes, but is found in varying degree in wolves. Essentially, and based on the summary by Science News, the theory being put forward is that the presence of the WBSCR17 gene in dogs is what makes them sociable and the lack of the WBSCR17 in wolves or absence of it in coyotes is what potentially makes them vicious and aggressive. Furthermore, the study also infers that the varying degrees of the mutations in domesticated dogs could likely be the pendulum-swinging factor that determines the sociability and behavioral characters of dogs.

The historical bond between man and dog

Foundanimals.com suggests that loyalty is a natural behavior for dogs. This claim is supported by the fact that the dog and human relationship goes back millennia, with archeological evidence unearthing buried dog bones near ancient human settlements. 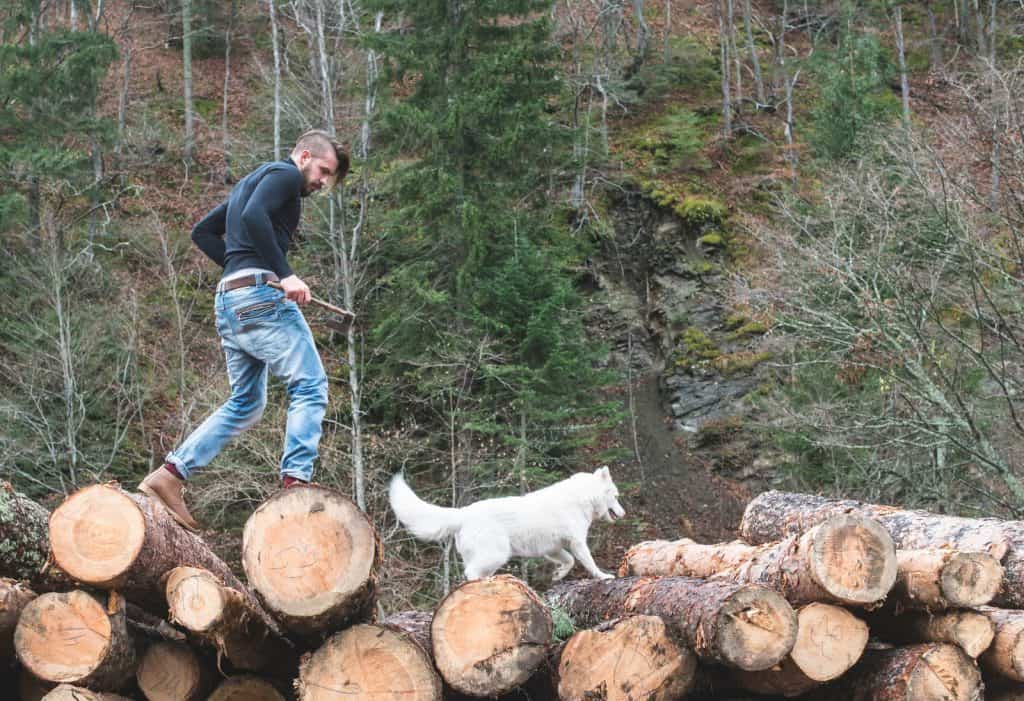 The connection between man and dog has also been acknowledged for millennia. This is captured in ancient literature like Homer’s Odyssey poem which makes mention of the lead character, Odysseus, and his dog, Argos, who waited two decades for his master Odysseus to get back from the Trojan War.

When Odysseus returned from the war he appeared in disguise as a beggar that nobody recognized. Only the loyal dog Argos recognized his master and was only able to gather enough strength to raise his ears and wag his tail before dying.

Homer’s Odyssey was written in the 8th Century BC, so when we consider how long ago that was, and how far back dog’s loyalty to humans has been acknowledged, one has to say how truly remarkable the bond between man and dog is.

The video below presents the Argos and Odysseus story for you to enjoy. The video also presents a few other remarkable examples of dog loyalty. You’ll also learn about Shep, Hachiko, and  Fido, to name a few. You’ve heard the name Fido. Everybody has heard the dog’s name Fido.

Well, it was a pleasant surprise to discover the origins of this very popular dog name Fido. Abraham Lincon had a dog named Fido, which you can learn about here. However, the name Fido for dogs became popular after the Second World War. Fido literally means faithfully in Latin; learn more about Fido here. 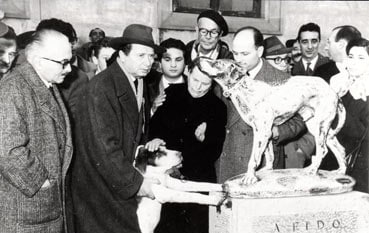 From these examples, it’s obvious that loyalty is a genetic trait that is intrinsic in all dog breeds. When you consider the fact that a person can adopt a dog, or rescue a dog, then that dog becomes faithful and attentive to its adopter. I don’t think you would ever consider doing that with a wolf.

The protection by dogs for their humans is a way that dogs show loyalty toward humans.

Some breeds of dogs are bred to protect to the extent that they will put their lives on the line to ensure the safety of their families. The sacrifice of a life for the life of another is the ultimate demonstration of loyalty, and there are countless stores of dogs who have displayed this level of loyalty. German shepherds are especially known to be able to lead injured and blind soldiers off the battlefield to safety. 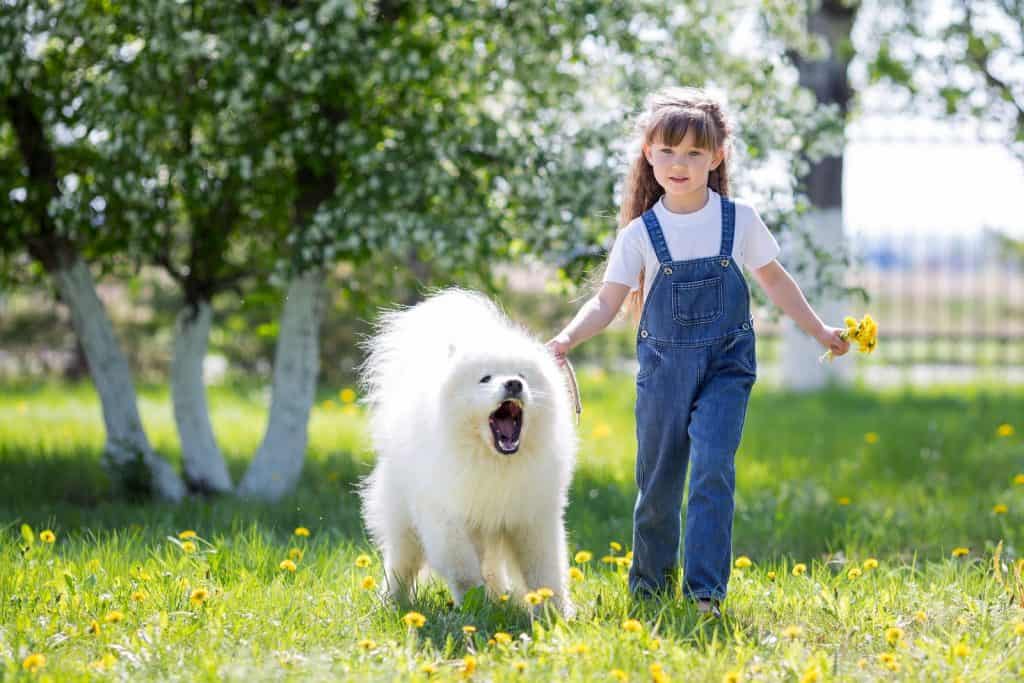 Some other dogs, however, are not inclined this way and are are not like your Rottweiler and your Doberman Pinscher, who have been bred to innately possess that protective instinct in that they can sense danger and will naturally respond to stop their human coming in harm’s way. However, this does not take away from the fact that dogs are loyal by nature. Some dogs serve as therapy dogs, and some dogs serve as medical or blind aid dogs who are extremely committed to the work they’ve been trained to do.

I personally feel that dogs are a blessing to mankind. They come in a plethora of shapes and sizes, but all have that loyalty gene that makes them man’s best friend. Below is a non-exhaustive list of extremely loyal dog breeds. Which breed would you want to own? Or what other breeds would you add to this list?