Do dogs dream when they sleep

Ever wondered what the adorable twitch of toes or your dog’s drowsy woof is all about?

Or have you ever heard the saying let sleeping dogs lie? Well, like humans, dogs dream when they sleep and the phrase is based on the fact that a dog woken from a sweet dream is an unhappy dog. Even worse, a dog that has been woken from a bad dream or a nightmare. 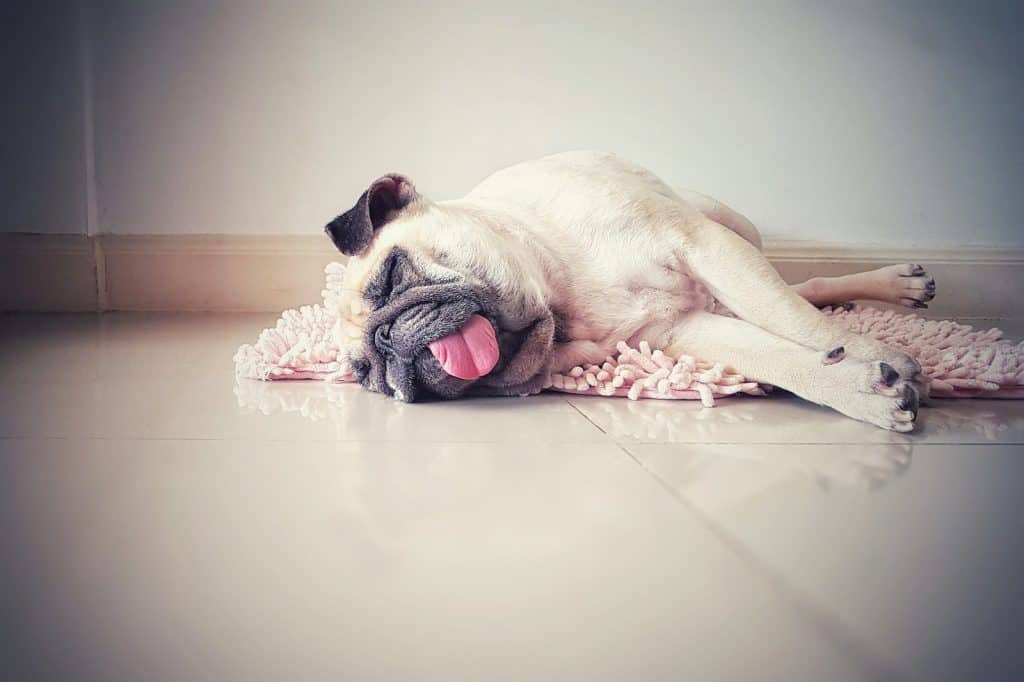 Extensive research has been done to satisfy the human curiosity of what a dog experiences when they sleep. Furthermore, this age-old question of “Do dogs dream? led to Professor Stanley Coren a professor emeritus of psychology at the University of British Columbia writing a book titled “Do Dogs Dream”.

Research shows that dogs have sleeping patterns that resemble ours. MIT researchers discovered animals sleeping behavior by recording the brain activity of lab rats, while the rats slept and as they raced along a circular path.

The results from the test showed that the rats’ brain activity recorded when they were running around the track, appeared again when the rats were asleep. With that finding, scientists concluded that the rats were dreaming. In the same fashion, since rats and dogs have similar brain structures, it is decided that dogs are also capable of dreaming. So, can you know when your canine companion is dreaming?

Do dogs dream when they sleep? Signs you can yous to tell if your dog is dreaming 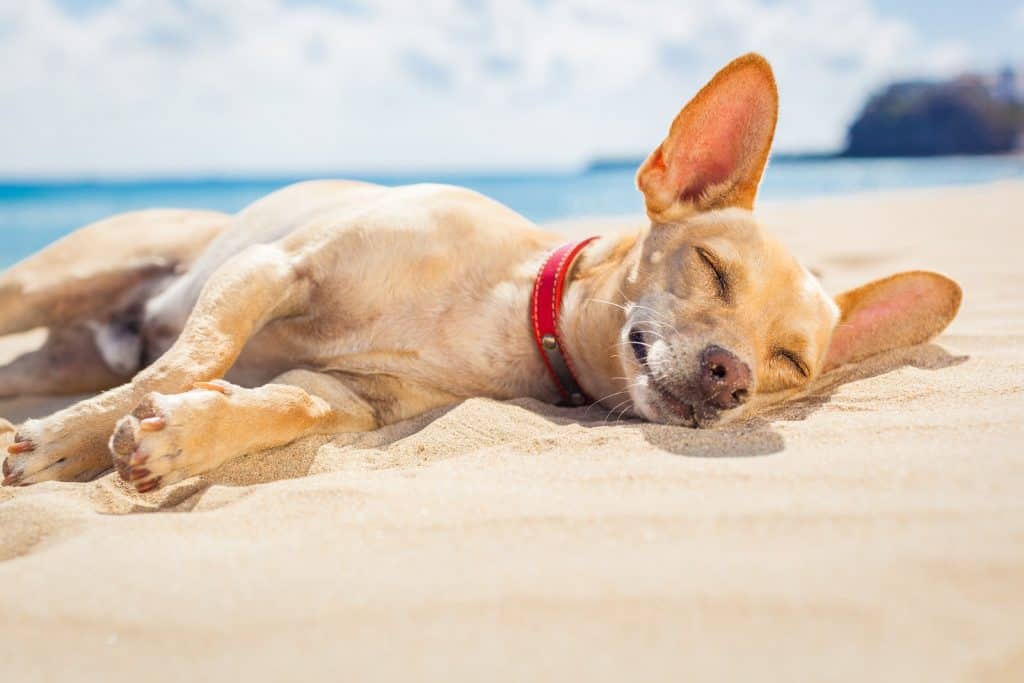 When your dog enters the REM stage of a deep sleep, you will wonder whether he is running after something. Obviously, your furry friend cannot tell you in words what is going on, but you can tell what he is dreaming about by paying attention to his body language.

Are the eyelids moving?

If you observe closely enough, you may notice that your dog’s eyes are not fully closed, or are making some movements under his eyelids. Dogs have a tendency to start dreaming 20 minutes after they have fallen asleep, according to Psychology Today.

The reason behind the eye movements is that your canine friend is seeing the images in his dream as if they were happening in actuality.

What about his legs?

Naturally, dogs will tend to dream about dog activities like jumping, running, fighting an imaginary monster or digging holes in the ground. Therefore, you can tell what your dog is dreaming about by looking at his legs. The video below shows examples of body movements and vocals that infer the dog could be possibly dreaming.

If the paws are gently moving in a running motion, then your dog could be dreaming that he’s chasing after something. Similarly, your dog may twitch his muscles in a jerky motion, but only for a few seconds before he falls back into a calmer state.

Is your dog barking, whining, or crying?

Depending on what your pooch is dreaming about, he may start to whine, cry, or even bark. The various noises are usually brief and not that frequent. Besides, they are not the kind of noises that will wake him up from his sleep.

Also, your dog’s breathing pattern may sound different when he is dreaming. For instance, breathing may become rapid, and there may be moments when he is holding his breath.

So, what do dogs dream about when asleep?

Now that you know that dogs do actually dream, what could your delightful four-legged furry friend possibly be dreaming about?

With his adorable doggy eyes closed and his paws long-drawn-out in front of him, you may wonder whether your pup is dreaming about you and how well you take care of him. Or, whether he dreaming about having a different owner!

While there is no sure way to know what your dog is dreaming about, his behavioral cues tell that he is doing typical dog things most of the time – chasing squirrels, running after birds, eating, and playing with you or with other dogs.

In the video below it’s easy to notice that the sleeping dog is having a dream about running. It’s hard to tell whether the dog is having a good dream or a nightmare, but you can definitely see that the dog behavior resembles actions similar to what he would perform during the day or at play.

Consequently, if your dog is making vocalizations and movements in his sleep, he could be dreaming about various things. But, do not fret, he loves you – and maybe silently praying that you would stop taking him to crowded parties.

Do dogs dream in color?

According to Dr. Gary Richter, dogs and humans have similar mind activity and brainwaves while sleeping.

Previously, there has been a much-argued debate about whether dogs are color blind or whether they see in color. More recent studies have shown that dogs actually can and do see in color although not in the same way humans do. The human eye has 7 times more cone material that enables people to see color better than their canine counterparts.

Therefore, it is safe to say that dogs do dream in color because they see in color. Interestingly, dogs are more attracted to the color yellow, and they can distinguish several shades of yellow, gray and blue, as recounted by AnimalWised.

Does the dog’s breed determine how dogs dream?

Different people have different dreams, and researchers believe the same is also true of dogs. Stanley Coren, a professor emeritus of psychology, states that smaller dogs dream more often than larger dogs do. However, the smaller dogs’ dreams are usually shorter in length, compared to the larger dogs who have less but lengthier dreams.

Additionally, dogs incline towards having breed-specific dreams which are determined by what a dog does throughout the day. For example, a Labrador Retriever is more likely to dream about running after fetch balls, than is a Pug.

Do dogs have nightmares?

Because dogs dream just like humans do, it is OK to assume that dogs can have both good and bad dreams as well. In the nightmare, a dog could be running away from a squirrel that is chasing the dog around. You may have started worrying that your dog was having nightmares when he seemed really uncomfortable in his sleep.

At this point, you know that dogs dream about their daily activities and run off memories. Therefore, if you adopt a shelter dog that did not have a pleasing past, the mutt may experience nightmares concerning the trauma they went through.

How can I know if my dog is having a nightmare? 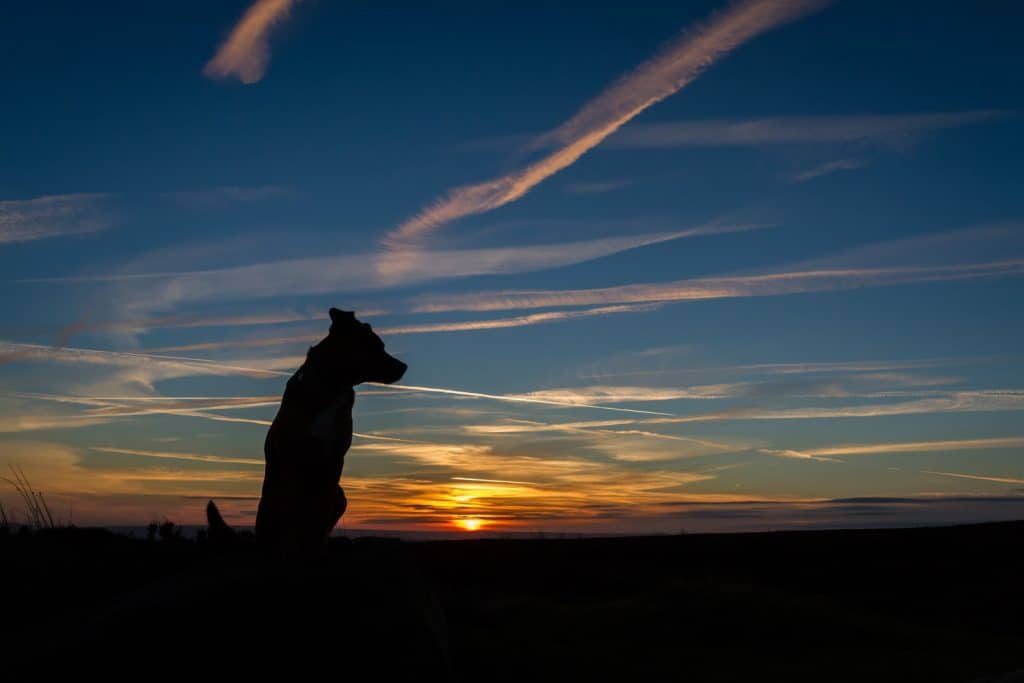 To begin with, your dog will tend to have restless nights. It can be a huge problem when your dog is trudging around the living room at 2 AM, but that should also be a cause for concern. That’s because your dog could be having anxiety, pain, or have allergic reactions.

Also, if your dog is having difficulty breathing beyond what is normal when dreaming, follow your gut, turn the lights on, wake him up, to ensure him that everything is OK and that he’s safe with you.

Lastly, if your dog is growling and wakes up from his sleep startled, and runs to hide in a corner or behind your feet, that could be a sign that he woke up from a bad dream. You can feel if he has damp or sweaty paws, just like humans do when they wake up from a nightmare.

How can you help your dog get through nightmares?

If your dog experiences disruptive sleep on a regular basis, there are ways you can help. For one, you can get him a dog bed pet bed which is plush and supportive of his joints. Also, you could play some quiet classical music in the playground to ease his pressure and anxiety.

Alternatively, you could get him a calming collar which will help to reduce fear and anxiety during sleep, or, you could allow him to continue sleeping even if he is in the throes of a nightmare. Nevertheless, if the nightmares become more frequent, you could take your dog to see a pet therapist.

What should you do when your dog having a bad dream? 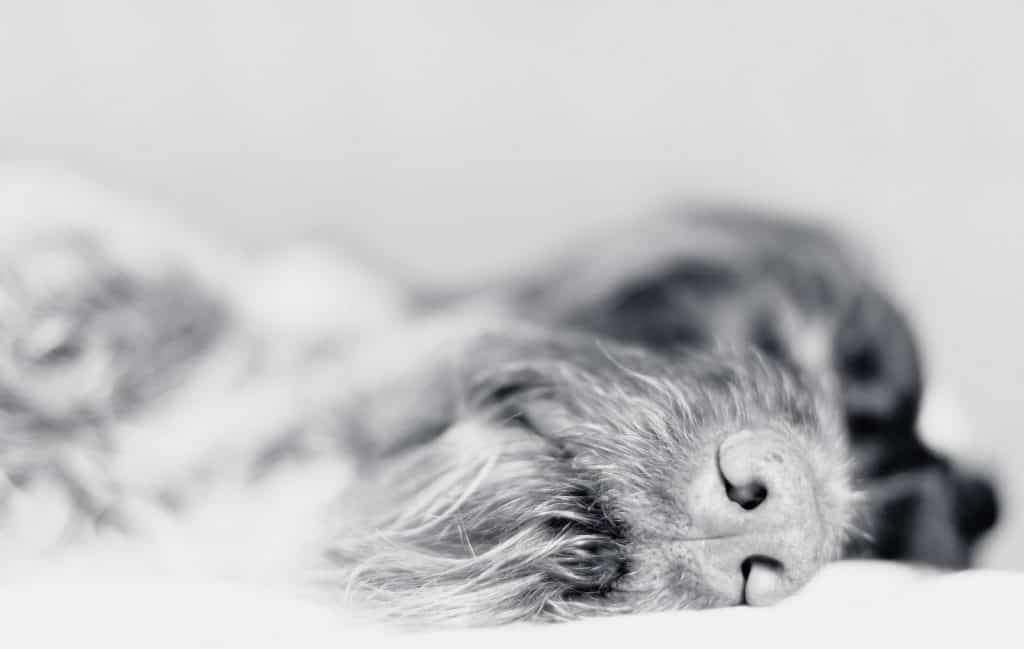 Your dog’s dream is just processing the activities he did during the day. By not waking him up from his dream, you are allowing him to have uninterrupted sleep and his brain will be able to process information better.

Nonetheless, if you need to wake your pup up from a terrible dream, call his name in a soft voice. When he wakes up, help him to calm down by talking to him reassuringly.

There is the temptation to gently rub your dog’s fur when he is twitching, but that may not be a good idea. Depending on what your cute pug is dreaming about, he may be in a semi-active state in his sleep. If you try to touch him in that state, he may respond defensively and scratch or even bite you.

Wait, is it a dream or a seizure?

Gentle movements and vocalizations during a dream will only last for a brief period, while the twitching and shaking from a seizure will be more violent and last much longer.

Your dog may drool or foam in the mouth and his limbs become very stiff and rigid. When he wakes up after the seizure, your dog will look a bit disoriented, instead of seeming fine as is the case when he wakes up from a dream.

Do you want your dog to have happier dreams? 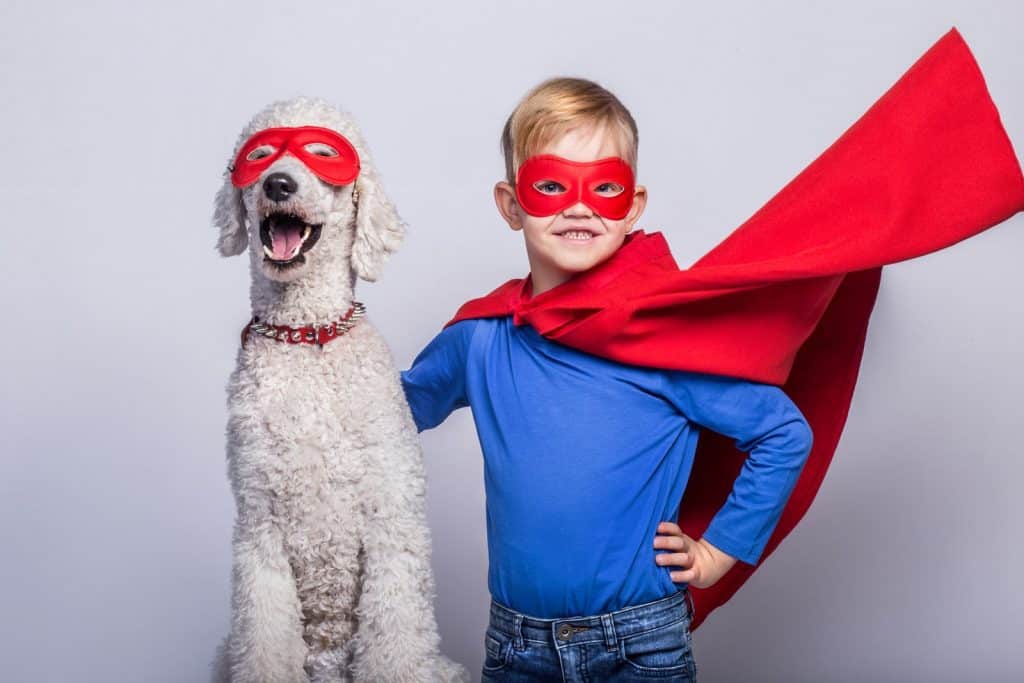 If you treat your dog to happy moments during the day, you can be sure that his dreams will be no different. When was the last time you took your pup to the dog park?

Without a doubt, off-leash exploration is essential for active dogs who want to interact and play with other dogs at the park. The social and friendly air at dog parks is not only good for mental stimulation, but also for curbing destructive antics at home.

Moreover, a dog park is a safe place for your cuddle buddy to play, as well as a place to learn from more experienced dog owners, as you learn the ins and outs of your furry friend’s behavior. While at it, do not forget to abide by the rules of the park.